The Palm Springs International Airport serves as a hub for welcoming people from all over the world, and visitors arriving in our open-air terminal marvel at the fact they can remove their jackets and immediately start breathing in the fresh desert air.

The first thing on the agenda is either getting through security or heading to the baggage claim area, both of which can be done effortlessly and efficiently at the streamlined facility. This modernist airport has kept up with the times, introducing the latest technology to make arrivals and departures seamless, and it’s also filled with several art installations. As these can be easy to miss amid the hustle and bustle, here’s a guide to several must-see pieces:

In the glass area by security: 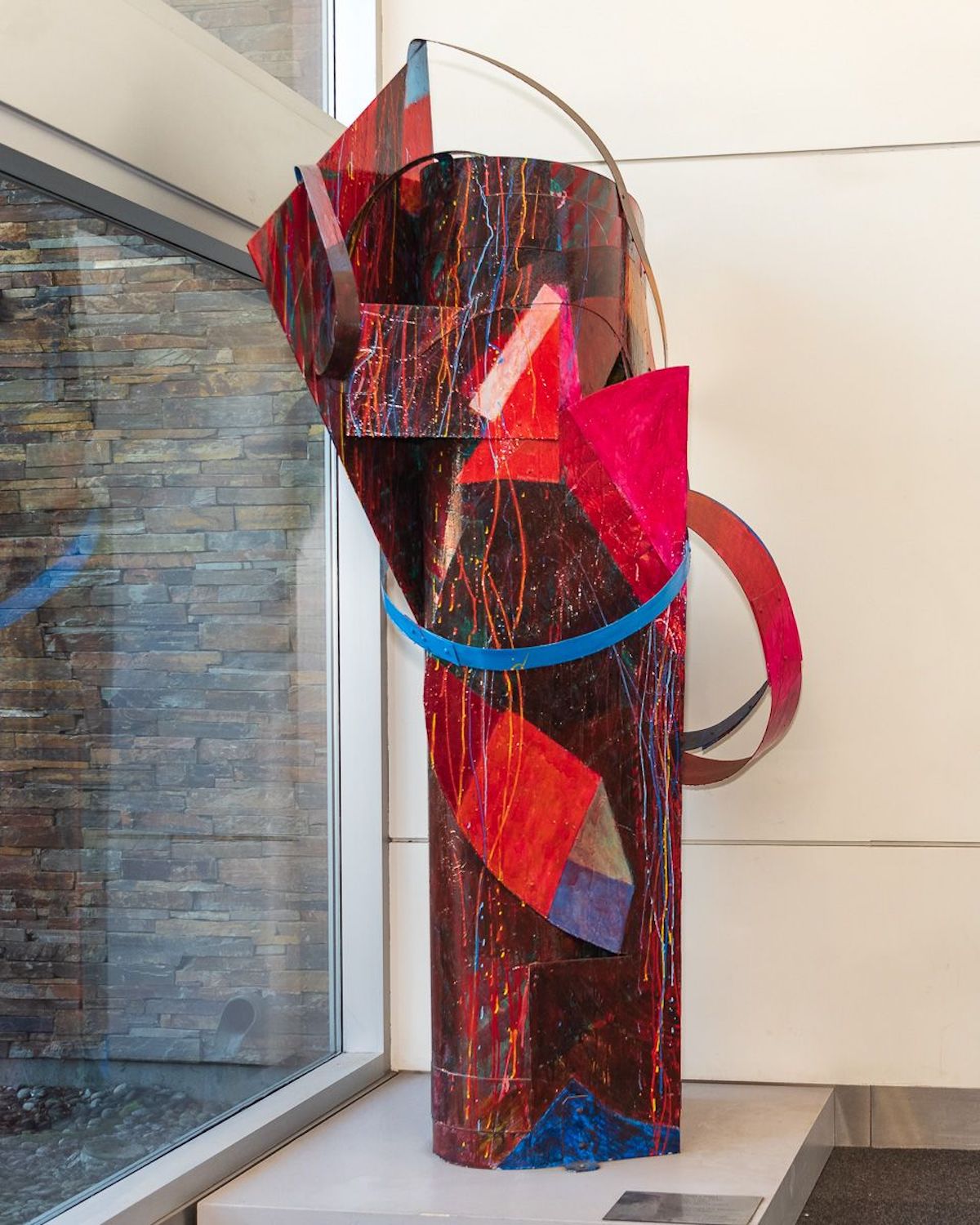 Tom Holland is considered one of California’s most important contemporary artists. He grew up in San Mateo and started his studies at Willamette University while also working for Oregon Gov. Mark Hatfield. While waiting for Hatfield between political events, Holland started painting in the car. When he transferred to the University of California, Berkeley, Holland’s work turned from watercolors to oil on canvas and was labeled “funky.” He went on to experiment with aluminum and fiberglass, as it is light and didn’t need to be framed. By adding epoxy paint, Holland was able to have his sculptures reflect light and shadows.

Immediately outside the door of the main building: 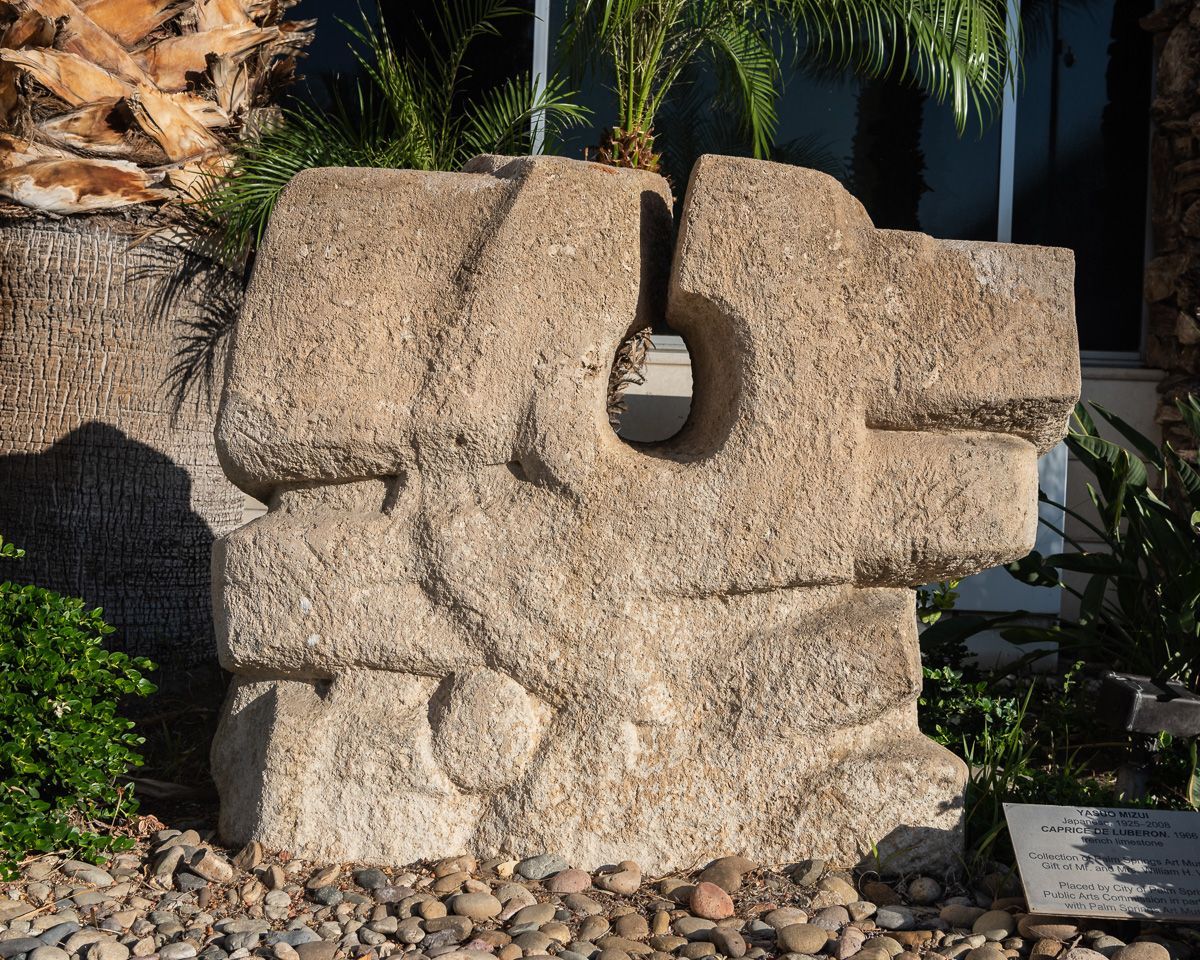 Yasuo Mizui served as a technician during World War II doing casting. After the war, he enrolled at Tokyo University, where he wrote his thesis “Art – Casting Daibutsu.” Mizui received a scholarship from the French government, which resulted in him working in monumental stone art and participating in the International Sculpture Symposium. “I am for unification,” Mizui said. “The stone sculpture becomes my act, and my act becomes stone sculpture.”

In the courtyard near the escalator: 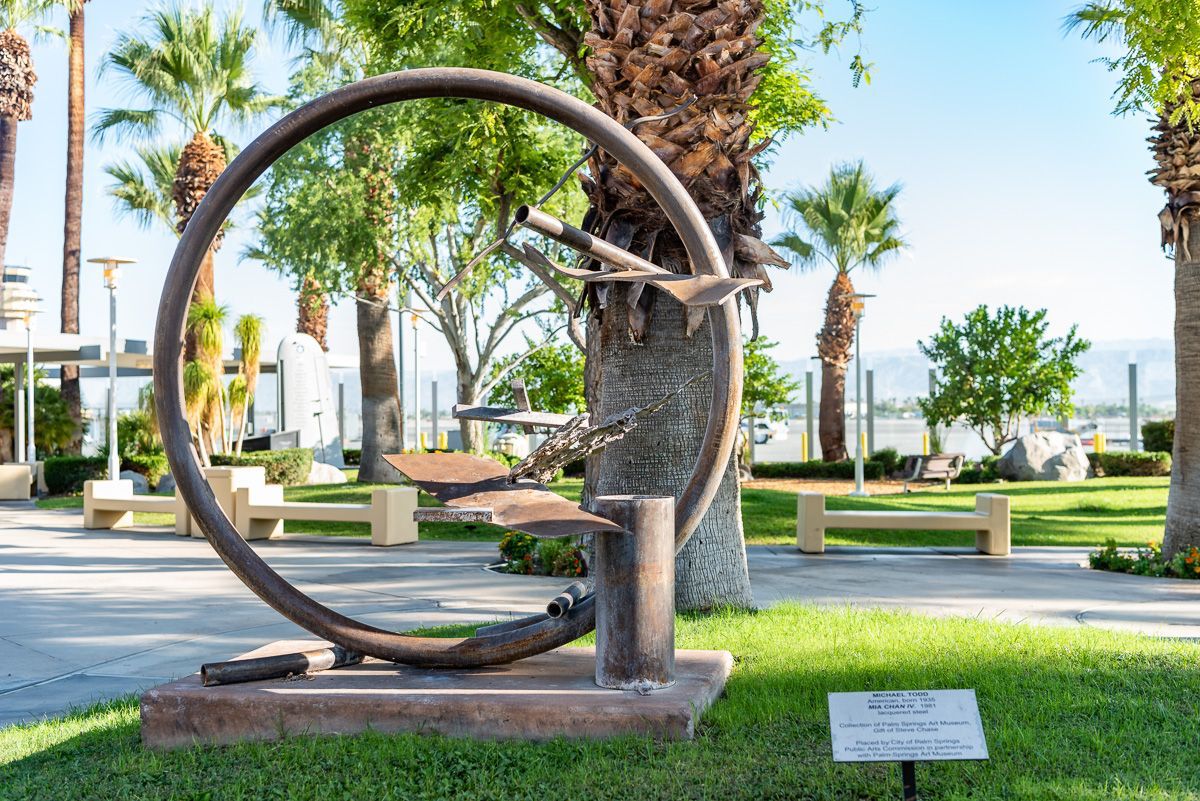 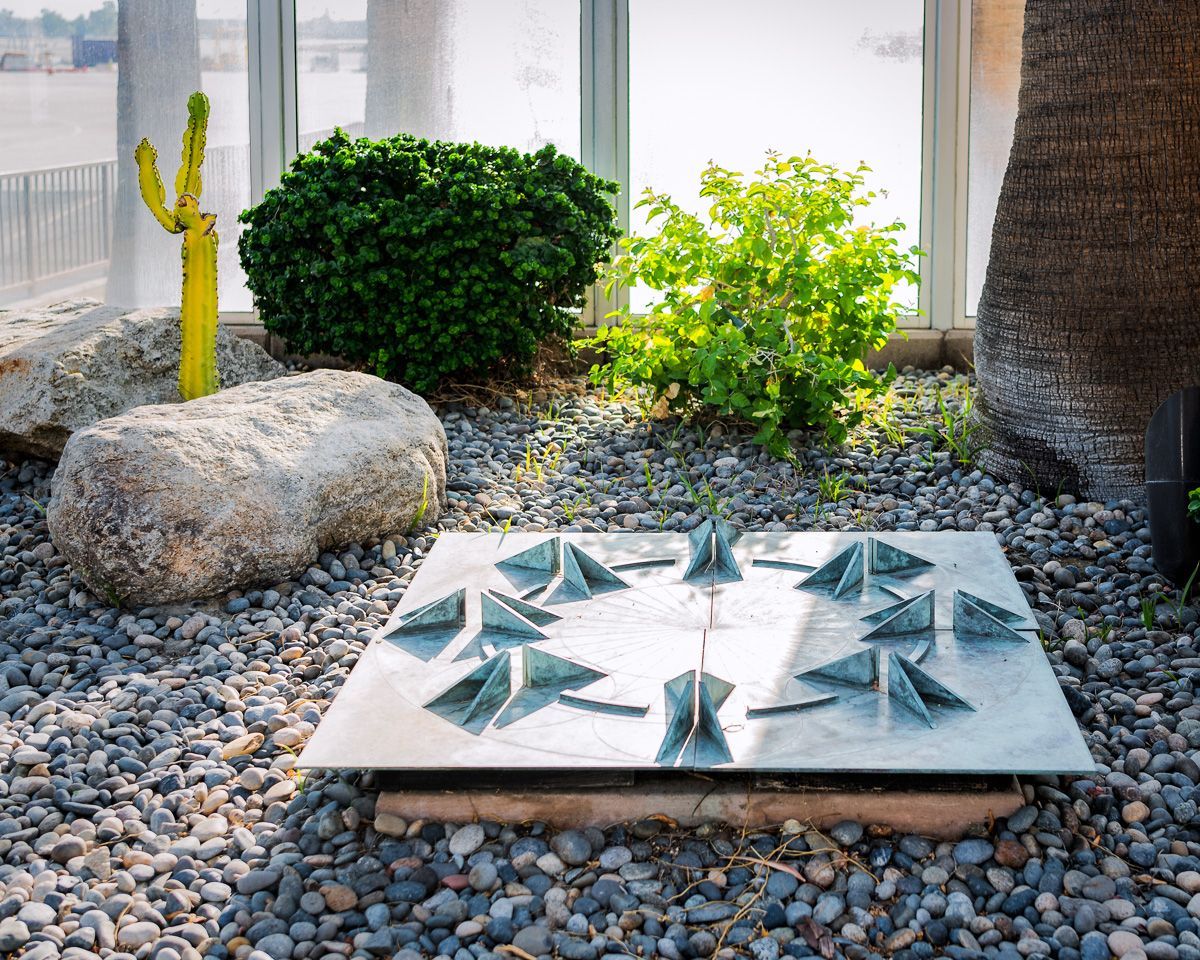 Paul Jenkins was considered an abstract expressionist and exhibited with artists like Jackson Pollack. His abstract work was created by dripping, pouring, bleeding, and pooling acrylic paint directly on a bare canvas, then scattering it with an ivory knife. “I try to paint like a crapshooter, throwing dice and utilizing my experience and knowledge of the odds,” Jenkins once said. “It’s a big gamble, and this is why I love it.” In the 1970s, Jenkins finished his first drawing of “Meditation Mandala,” and in the 1980s took that same concept and poured it into bronze.

Outside the Regional Terminal: 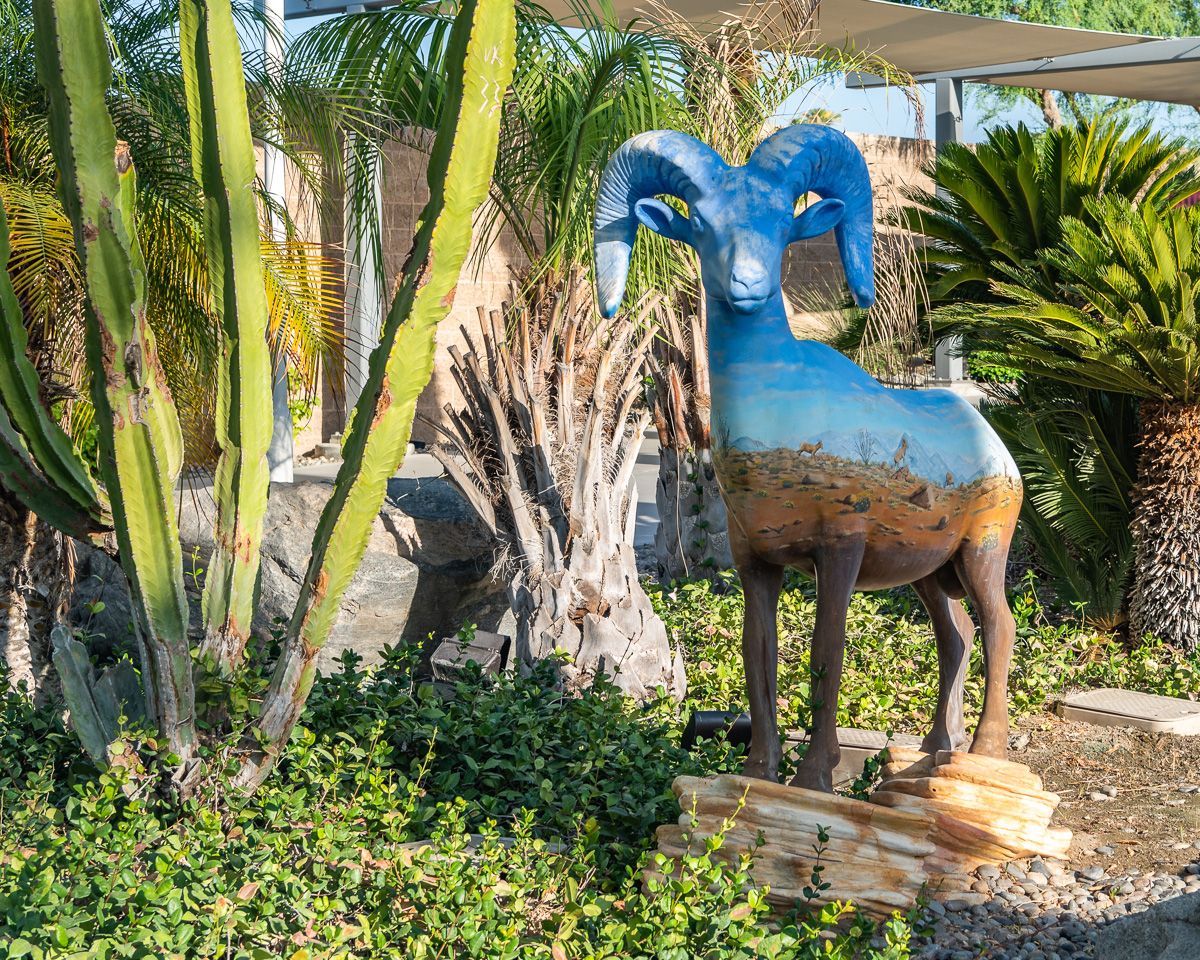 Joe Wertheimer spent 15 years in London as a conceptual and design artist for films and television productions created by American companies. After a highly successful career, he realized his true passion was creating sculptures. Today, his sculptures are found throughout the world in restaurants, hotels, and private residences. Wertheimer lives in Agoura Hills, California, where he said he continues to “take things off the page and put them into three dimensions.”

Mark Junge, a native of Sheboygan, Wisconsin, spent most of his life in California and now lives in Yucca Valley. He earned degrees in microbiology as well as fine arts, which worked together to help him develop his classical and traditional realism style. Junge specializes in Southwest desert and western landscapes.

Inside the Regional Terminal: 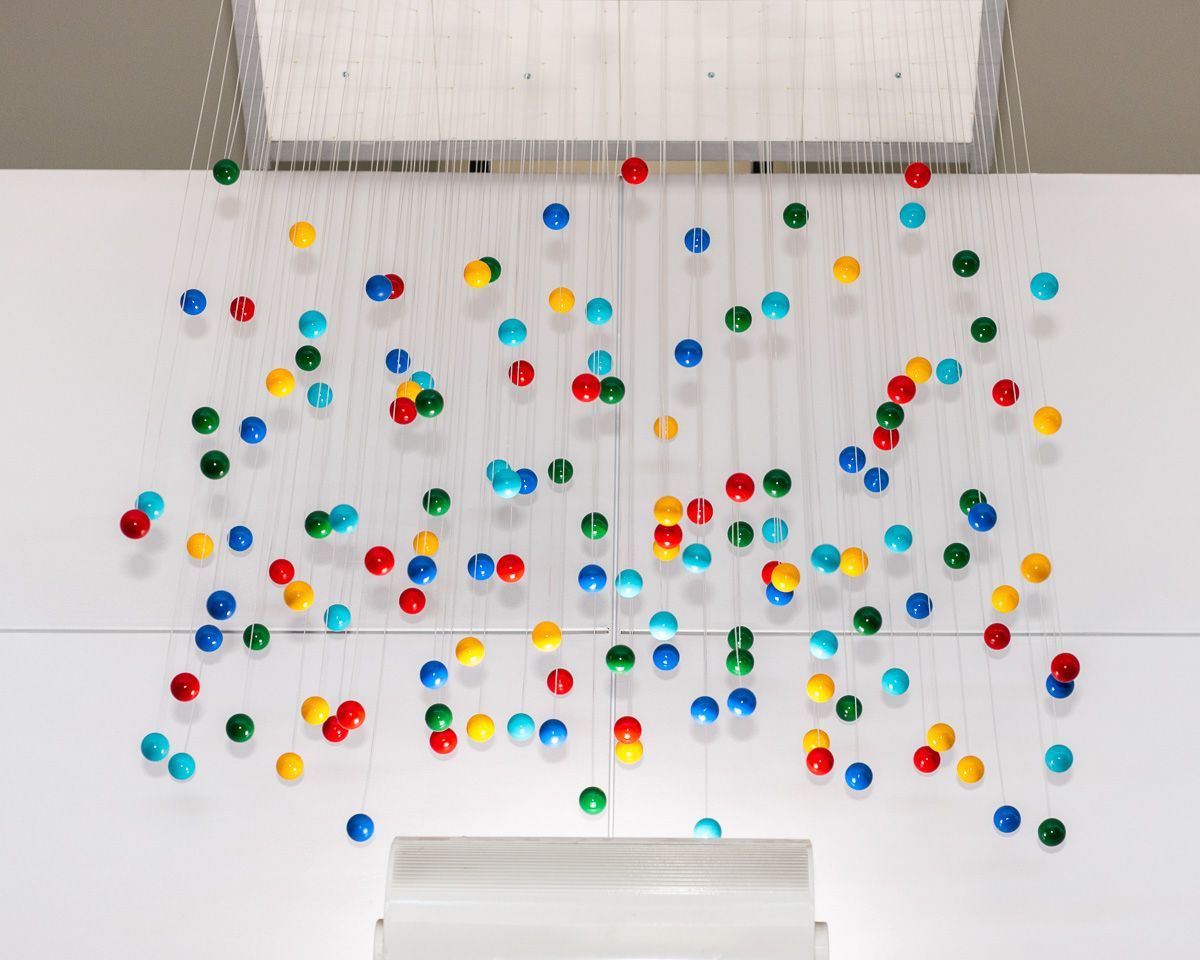 “A Tale of Survival in the Face of Crushing Inertia,” a collaboration between Debi Grupe and Linda Maxson. Photo credit: Nadine Conger

Scenes at the U.S.-Mexico border triggered a conversation between Debi Grupe and Linda Maxon. Grupe felt the heaviness of the situation and felt powerlessness; Maxon thought of the opposing forces at work and wanted to illustrate the restorative power of creating through color, symbols, and movement. Thus, they made a massive floor to ceiling art installation, unveiled at the Maxson Art Gallery in Rancho Mirage.

Russel Pritchard of the Palm Springs Arts Commission approached the artists about creating a similar piece for the Palm Springs International Airport. Today, a four-piece similar art installation hangs in the ceiling of the Regional Terminal waiting area.

The ambiance of the Palm Springs International Airport would be hard to match any place in the world — couple that with excellent boutique hotels and beautiful weather, and travelers can’t go wrong. Now is the time to book a flight, make a reservation at a boutique hotel, and explore everything Palm Springs has to offer.